So thrilled to be performing Anna in The King and I at Interlakes Theatre through the end of July! 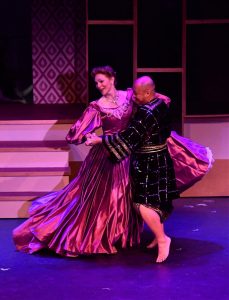 9/2021
Finally back in rehearsals!  On September 15, we will finally open Bright Star at the Riverside Center for the Performing Arts in Fredericksburg, VA!

9/9/2019
WINNER!  Theatre Tampa Bay Award for Outstanding Performance for a Lead Actress in a Musical for Fun Home !

7/6/2019
Closed Holiday Inn at Surflight Theatre and went south for the…summer…currently in rehearsals for Fun Home at American Stage in St. Petersburg, FL!

9/5/2018
Final week of a beautiful show – Bright Star plays at Surflight Theatre until Sunday, 9/8!  Reviews below!

9/2017
What a successful summer it’s been!  Surflight Theatre on Long Beach Island in NJ has reopened and we couldn’t be happier!  Had a wonderful summer, did some awesome shows and met some great people!

12/2016
Happy holidays from South Korea!  Having such a wonderful time on the World Tour of Jekyll & Hyde!

Company at the Lyric Stage Co. in Boston is going smashingly!  Check out the reviews below!

There is more news to come, but one thing at a time!

2/2016
Happy new year!  This just in – 2 exciting engagements!
-I will be participating in a reading of parts of Richard Pearson Thomas’ new opera, Blood of Angels, in NYC in March!
-I have been asked to perform as a featured soloist with the Choir of the College of William & Mary, my alma mater, in April!  Stay tuned for details!

12/2015
I will be heading back to the “South Pacific”, reprising my role as Nurse Nellie Forbush at The Wick Theatre, in Boca Raton, FL!!   So excited to get to do my favorite show again, and to spend the winter in Florida!  We run January 7-February 14!  Hope to see you in Boca!

7/2015
Get your tickets soon because we are selling out at the Ivoryton Playhouse! 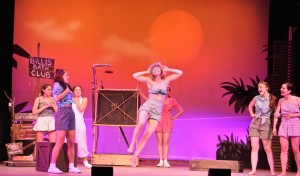 6/2015
Less than a week until I start rehearsals for Ivoryton Playhouse’s production of South Pacific ! I can’t wait! www.ivorytonplayhouse.org

1/2015
Performing to packed houses in the Fireside Theatre’s Sensational 70’s!